The Chubby Muffin: A Love Story

In September, 2010, The Chubby Muffin opened its doors at 88 Oak Street in the Old North End of Burlington. This February, The Chubby Muffin will serve its last meal in the space it has called home for nearly a decade. Two weeks later, the building will sell and help catalyze a remarkable new co-operative that you can invest in. You can skip to the punchline and learn more about The Oak Street Real Estate Cooperative here, or settle back and join us as we take a little walk down memory lane and tell the story of The Chubby Muffin.

It was 2009 and The Skinny Pancake was still a relatively young enterprise. And yet we already needed more space to support our busy venture on the Burlington Waterfront, a “mini-Skinny” down in Montpelier, our festival tour and the original street cart on The Church Street Marketplace.

As we scouted around for solutions, we happened upon what would become The Chubby Muffin from a Thomas Hirschack Auction Company advertisement. The building was being foreclosed on and sold live at auction. A proud stand alone building deep in the Old North End. It was love at first sight.

With only a few weeks notice, we came up with a plan: we would move the majority of kitchen prep from The Skinny Pancake. After completing the 88 Oak Street renovation, we would close The Skinny Pancake for three nerve-racking weeks to make room for more tables, chairs and a bar. With that plan in place, we got to work. Little did we know the hoop-jumping that was about to begin.

How a Chubby Muffin ended up in this storied building has its own legend. The additional kitchen space for food prep and storage was the main motivator for us purchasing the space, but there was a catch. City Zoning ordinances required any business there to operate a commercial storefront. With a creperie right down the road, another Skinny Pancake didn’t make sense. Deep in the old north end, we knew the food would have to be casual and affordable. And so it was that we settled on our concept of coffee and muffins in the morning and a snack shack the rest of the day.

As for the name, a late-night “safety meeting” amongst our festival tour at Mountain Jam 2006 begot a campfire tale of sorts involving The Skinny Pancake’s alter-ego, a “Chubby Muffin.” When we awoke the next morning, our campsite had a prominent cardboard sign naming our weekend home “The Chubby Muffin.” From then on, the name had a way of sticking around. When the time came to name our new bakery project, it was ready-made.

On a fateful day in the fall of 2009, with plans in hand and mind, we bid in real-time against experienced local landlords. This was not exactly your typical ‘starter home’ context. The price went up by $1000, $3000, $5000…nervous, anxious, palms sweaty, we kept bidding. Thankfully, others dropped out and we WON!  The building was old and tired. We were young and energetic. What a combination…

In 2010, we were a bootstrappy organization and then some. We wanted to keep our staff busy, so sent anyone with the energy and appetite to go work on the new building’s construction. General Contractors they were not, but for a gang of line cooks and baristas, they helped out seasoned trades as best they could scraping, painting and remodeling an old building.

By March, 88 Oak Street was still under construction and The Skinny Pancake closed on schedule for renovations. With nearly no current revenue and disturbingly little administrative capacity, these few weeks were classic ‘pillow to pillow work.’ By April, The Skinny Pancake was back open. By May, the commissary was complete. In September 2010, a full year after the auction, The Chubby Muffin was born.

The neighborhood embraced The Chubby Muffin and business levels were solid. Folks were super complimentary of this affordable food oasis deep in the residential old north end.

Now with three functioning storefronts and additional mobile operations, one would have expected the operation to be healthy. While we finally had the physical resources we needed and the restaurants were all thriving, it turned out that our growing economic engine still couldn’t support the weight of this commissary. It took about 3 years to build the business to cover the cost of the commissary…and then we quickly outgrew 88 Oak Street.

So it was back to the drawing board…again. When 88 Oak Street was purchased it came with a dilapidated shed outback. We paid $500 for the contents of that shed, only to pay about that same sum of money to two employees to haul it all to the dump. In the winter of 2013, with the airport operations soon to open, we tore down this kitty-littered shed to build an addition complete with a walk-in freezer which served to house thousands of pounds of local produce from our short, Vermont growing season year-round. 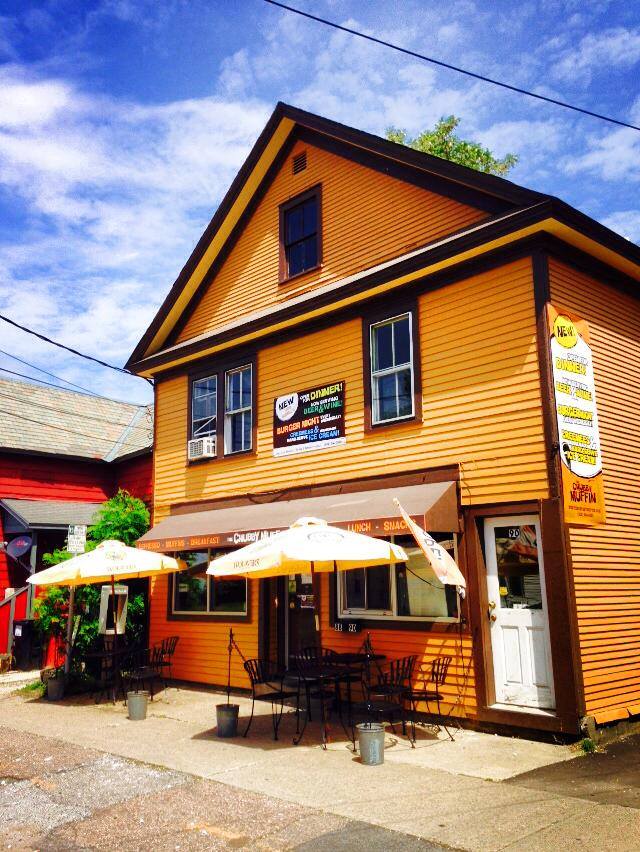 With the 2013 renovation, we grew the building by roughly 66%. But alas, seven years later, we have once again outgrown this infrastructure. 88 Oak Street is bursting at the seams. We have run out of room to add space, equipment or people. Our driveway had run out of room to park our vehicles. The neighborhood is growing and the bakery itself is running out of room to serve all our customers. So the time had come for our metaphorical hermit crab to find a new shell. For the Skinny, that means moving our commissary kitchen to the Winooski space currently housing our catering team. But what to do with our beloved Chubby Muffin?

To us, The Chubby Muffin is more than just the storefront. It is a commitment to the community and to our local food mission.

The Chubby Muffin has been the hub. The Skinny Pancake outlets have been our spokes. Millions of dollars of local food have passed through the building, been processed and sent to the spokes. In fact, the building itself was purchased under the LLC, “The Local Food Hub”. 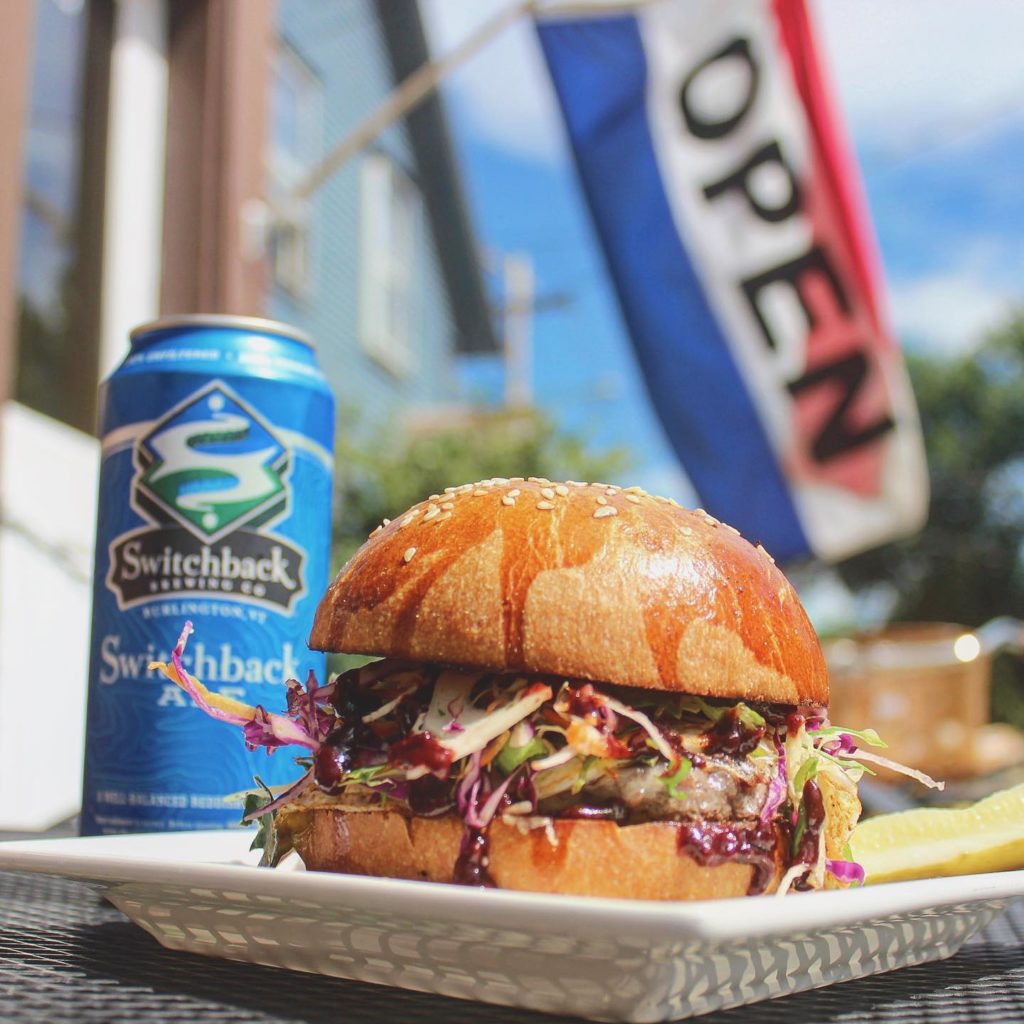 In business, the opportunity for impact happens with every economic transaction and the sale of this building would be a big one. So like many times before, we asked ourselves: “how can we make the most positive impact possible with this business decision?” Selling it on the open market to the highest bidder just wouldn’t do – what if they gutted all our hard work over the years to turn it into another apartment? For the locals who lived nearby and had so meaningfully supported us, we felt a responsibility to ensure a neighborhood cafe would continue to operate. For the farmers with whom we worked, we have an unwavering conviction to ensure our food mission only grows. So much like the steps we took a decade earlier, we put one foot in front of the next. The result is far better than we could have ever hoped for:

Starting this week, the Oak Street Real Estate Cooperative will be launching an investment campaign to help fund the purchase of 88 Oak Street (The Chubby Muffin). The Coop itself is spearheaded by Matt Cropp of The Vermont Employee Opportunity Center.

We first connected with Matt about selling the building in May 2019. We patiently waited for the past 6 months while he got his many ducks in a row. On a cold December day at The Radio Bean, we signed a Purchase and Sales agreement for 88 Oak Street.

The Oak Street Real Estate Cooperative is an awesome vision: any Vermont resident can buy a share for $1000 and expect up to a 6% annual return. This is a revolutionary approach to real estate that will allow average Vermonters to invest relatively smaller amounts of money locally. With this co-op, we have confidence that the community will continue to have a quality cafe nearby and our mission to help the local foodshed will be maintained. The Co-op will house Poppy’s, a cafe concept led by Abby and Emily Portman and Cafe Mamajuana, a Dominican food concept owned by Maria Lara-Bregatta. These two women-owned businesses will share many of the resources that any single restaurant would absorb as overhead, saving them tens of thousands of dollars a year.

When we look back on the past 10 years, a lot has changed in Burlington’s Old North End. “They” often say the first sign of a changing neighborhood is how many places there are to get a cup of coffee. There were very few restaurants in the ONE when the Chubby opened way back when, now it is referred to as Burlington’s “restaurant district.” In 2010, the two baristas on that opening team found themselves on a restaurant island, offering the only cup of coffee for blocks. Incidentally, those two baristas have kept close ties to that same neighborhood: Rob Blum operates Knead Bakery right around the corner and Michael Cyr is our very own Brand Director.

Old buildings like 88 Oak are like living creatures in many ways. Ever evolving, growing, breaking, failing, fixing, and marching on. When we agreed to carry the torch of 88 Oak Street 10 years ago, we bought a dilapidated and neglected property. We’re proud to say we’re leaving this old creature much better than we found her with a new roof, new floor, an entirely new building out back, new furnace, new electric and gas lines and more. The Chubby Muffin will always hold a place in our hearts. We were privileged to have been able to work there and we are thrilled beyond expectations to see how she grows into her next iteration.

Please click this link, learn more about The Oak Street Real Estate Co-operative and consider joining this remarkable, visionary endeavour. And of course, come get your Chubby Muffin on for the next six glorious weeks.

To all the patrons out there who have supported The Chubby Muffin over all these years, THANK YOU. Rest assured we have doubled over backward to ensure that the next iteration of 88 Oak Street will serve you well. To the generations of employees who made The Chubby Muffin so vibrant, thank you doesn’t come close to how we feel…but, THANK YOU. 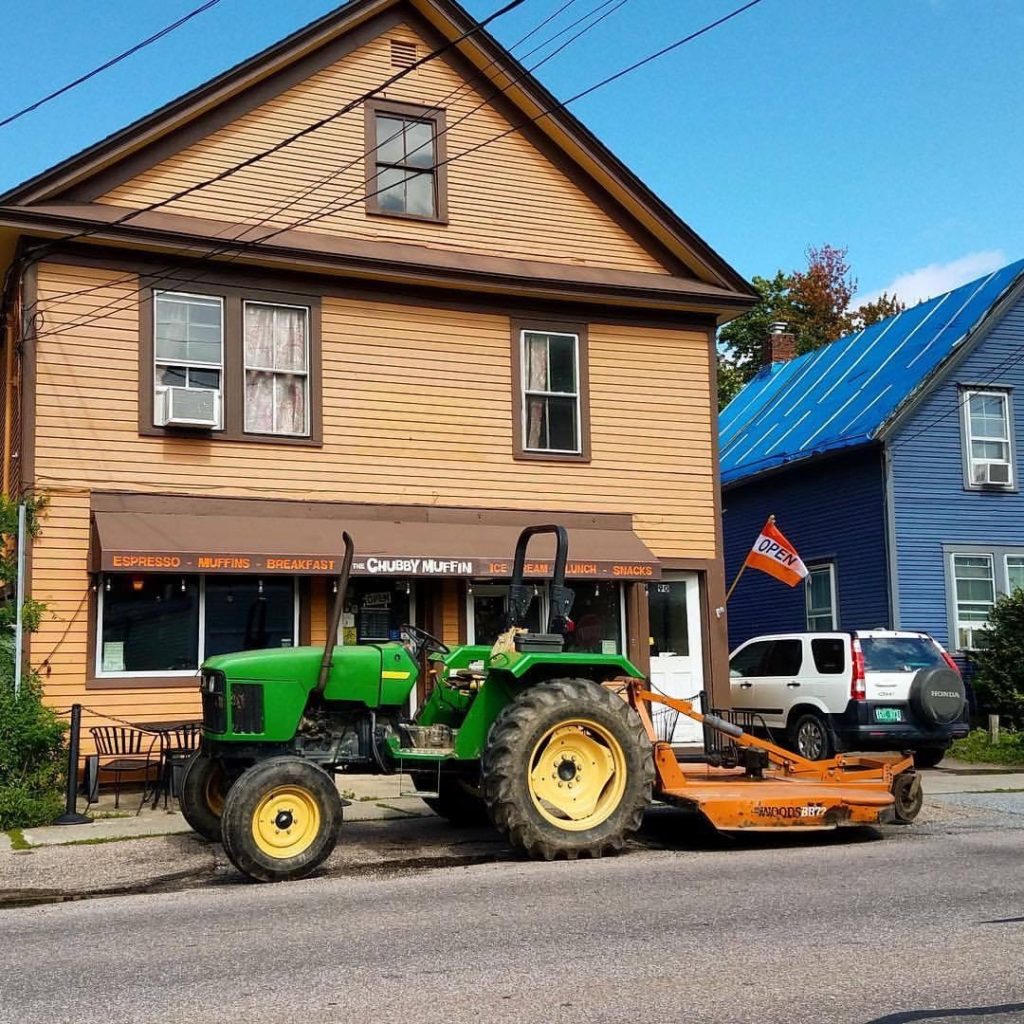 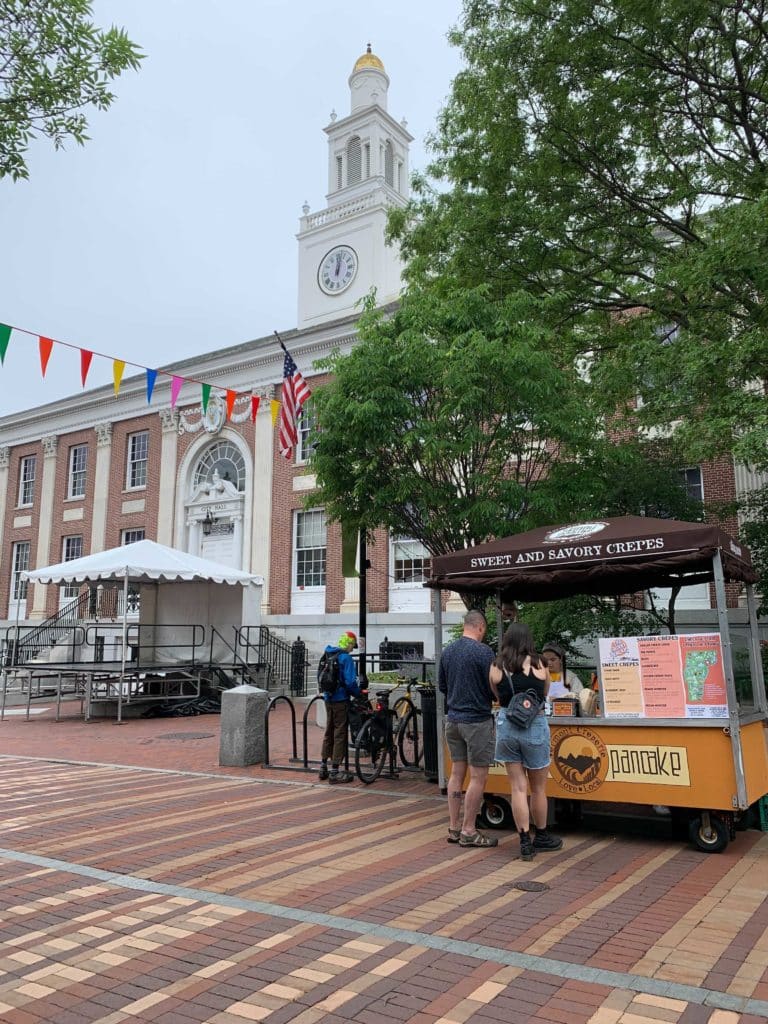 Howdy Folks, And happy summer solstice! The buds of spring have opened up both literally ...